On the Road Again inhabits territory which has already been busily colonised by Ed Thomas. Two poetic drifters; a derelict caravan; dreams of leaving for an American pastoral. Allan gives his two chancers – Beefy and Rich – a lyrical depth. Their memories are wistful and whiskery: they argue over a dancing dog in Doncaster and the fate of their radio, “won from that seafaring fellow in Bristol”. It’s the most touching and humane of the three plays, perhaps because many of its effects are understated. We’re all with Rich when he declares that “dreams are the business”. 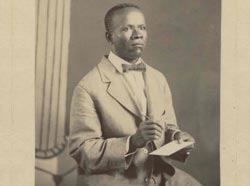